In a couple of days our dog Jack turns 1 year old. We got him a new squeaky toy to celebrate. Yes, I am one of "those" pet owners, at least a little. I mean, we have stockings for our pets at Christmas but I didn't go so far as to bake him a dog-friendly cake. I have to draw the line somewhere...

Here he is at one day old. He's the third from the right. Just kidding, I have no idea, but he's in there somewhere! Poor mama, I know how she feels... 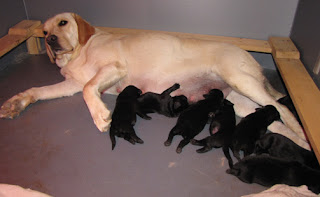 Here he is at a few weeks old, when we picked him out. The puppies were still pretty much impossible to tell apart, they were all so darling, but my husband said he was the one! 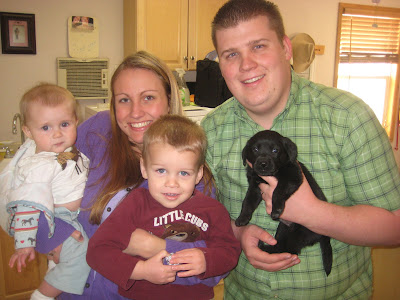 We brought him home a few weeks later at the beginning of May, when he was about 8 weeks old. Here he is on his first day home. I think he was a little overwhelmed. 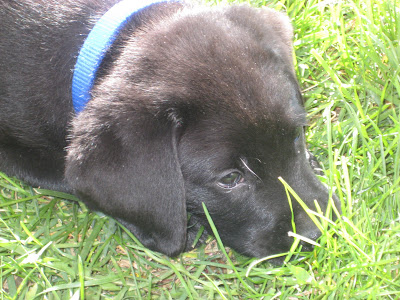 Here he is in July on Hannah's birthday. Hello, Jack, you grew fast! Ignore my ugly bare feet in the background... 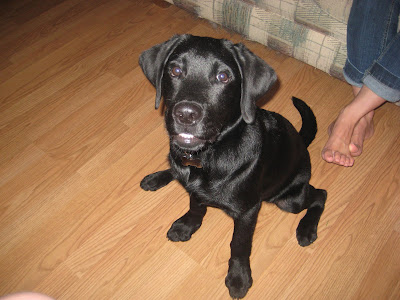 And here he is a couple of months ago. Isn't he a beauty? We highly recommend the breeders, Carolyn and George at Merriman's Labradors in Canon City, CO. 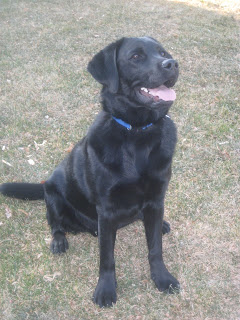 He is everything we wanted: energetic, fun-loving, good with the kids, energetic, sweet, smart, energetic, loyal, and a great companion. Oh, did I mention he is energetic? Quite rambunctious, especially when new people come to visit. And of course, like all labs, he does love to chew. And we bust him on the couch more often than we'd like. 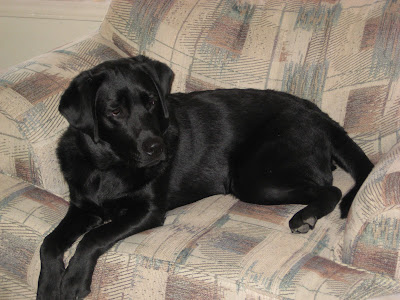 But in all, he's a great dog. Happy Birthday, Jack! We sure love you!

Today, as Hannah sat in my lap coloring while I played catch with a football with Nathan with one hand and threw a tennis ball for Jack to fetch with the other, I realized two things: and 2) I am thankful for easy dinners like this one with three kids two kids and a dog (and cat, can't forget Oliver) running around my house. 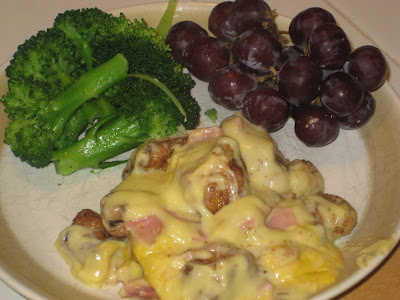 Adapted from a recipe on allrecipes.com. 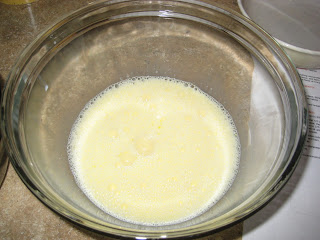 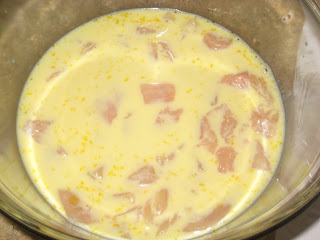 Stir in the chicken chunks to coat. 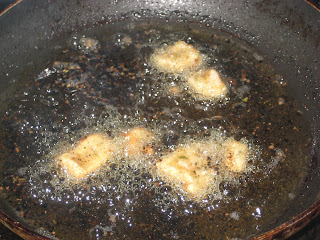 Then drain and coat with bread crumbs. Heat oil in a large skillet to 375 degrees F (190 degrees C). Fry breaded chicken cubes in hot oil until golden brown on all sides. 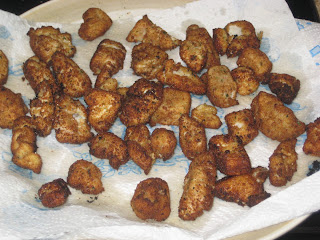 Remove and drain on paper towels. 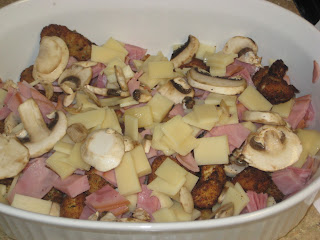 Place chicken cubes in a casserole dish, along with the Swiss cheese, and ham. I added some sliced fresh mushrooms, because I like them and had some extra I wanted to use. 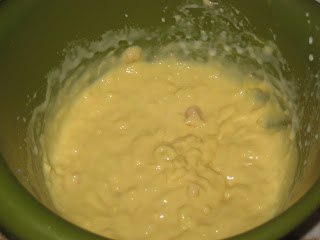 Stir together the soup with 1/2 cup milk. 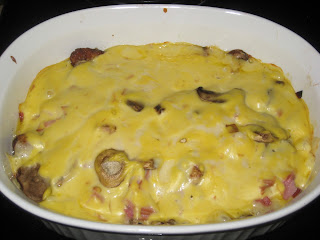 Bake in preheated oven until golden brown and bubbly, about 30 minutes.
This meal is featured in Menu Plan 13. 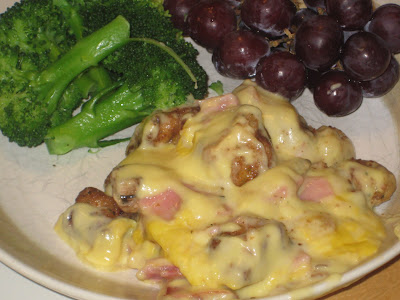