Last weekend, I made Pioneer Woman's Creamy Mashed Potatoes. They were amazing and, even though I halved the recipe, we still had plenty of leftovers. I didn't want them to go to waste, so the next morning we made Mashed Potato Pancakes, topped with ham, fried eggs, shredded cheddar cheese, and sour cream. It was a delicious breakfast, hearty and flavorful. 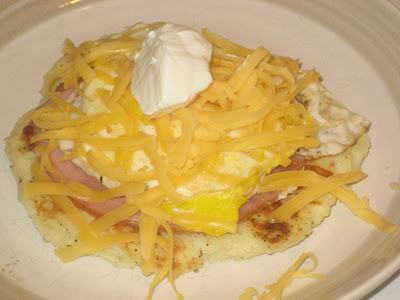 I pulled the potato pancake recipe off of mrbreakfast.com. 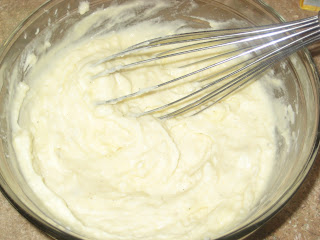 In a medium bowl, whisk together the mashed potatoes and egg.

Add the flour and onion and mix all together well. 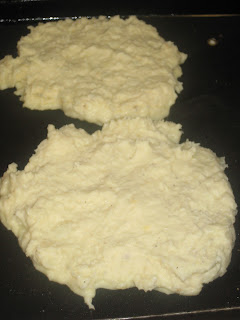 Spray a large skillet or griddle with non-stick cooking spray and turn heat to medium. Spoon batter onto the griddle and flatten. It's up to you how large you make them. I like to make four big pancakes. 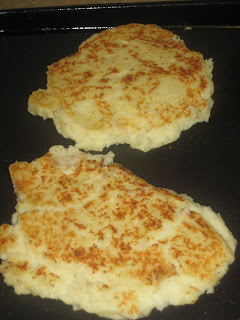 Cook for several minutes per side, flipping once they are golden. 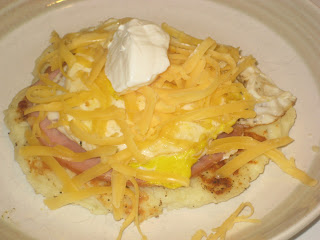 Top with a slice of ham, a fried egg, and some grated cheddar cheese, if desired.